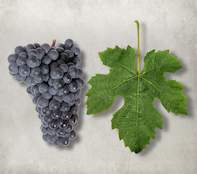 Pinotage is a red wine variety that originated in South Africa. It is also grown, albeit in small quantities, in Australia, Brazil, Canada, Israel, New Zealand, Switzerland, the United States and Zimbabwe.

Professor Abraham Izak Perold of Stellenbosch University developed Pinotage during the 1920s, through the cross-pollination of Pinot noir and Cinsaut (previously known as Hermitage). Perold allegedly wanted to create a grape with the classic Pinot taste and the easy-to-grow characteristics of Cinsaut.
The cross produced four seeds, which Perold planted in the garden of his official residence at Stellenbosch University’s Welgevallen Experimental farm. Perold two years later took up a position at the KWV, resulting in the Welgevallen residence being unoccupied for some time. Word has it that Dr Charlie Niehaus, who was then still a young lecturer, saved the seedlings from a team who were sent to clean up the garden, which by then had become pretty overgrown.
Niehaus gave the seedlings to Professor CJ Theron, who headed the Department of Viticulture and Viniculture at Stellenbosch University in the 1940s and 1950s. The vines were re-established at the nursery at Elsenburg Agricultural College and later grafted on Richter 99 and Richter 57 rootstocks, which was another stroke of luck, as various of the older rootstocks were later so infected with viral diseases that they had to be destroyed. The best performing graft was selected to become the mother material of all Pinotage vines.

The crossing was initially referred to as “Perold’ Hermitage x Pinot” and it is said that name Herminoire was seriously considered. The name Pinotage was allegedly settled upon when Theron showed the four grafted vines to Perold.

The first commercial vines were planted at either Myrtle Cove near Sir Lowry’s Pass or Muratie in Stellenbosch. The variety took a while to take root in the industry, with only three farmers having it on their farms by the 1950s. The cultivar gained popularity after winning the title of best wine at the Cape Young Wine Show in 1959 and 1961. Stellenbosch Farmer’s Winery was the first to to use the name Pinotage on a label in 1961, to market the 1959 champion Pinotage of Bellevue Estate under the Lanzerac brand.

The cultivar has moderate to good vigour, with a yield potential of 10t/ha to 15t/ha. It is an early variety that ripens from the second half of February.

The leaves are medium sized to relatively big, dark green, oblong and five lobed. Berries are small, oval shaped with a dark blue-black colour when ripe. The skin is thick and sticky, while the flesh is soft and juicy.

The variety is not very susceptible to powdery mildew, but less resistant to botrytis than Cabernet Sauvignon. Many problems are escaped by the fact that Pinotage ripens early in the season.

Pinotage may be used as a single varietal or blended with other vines. One example, is the Cape Blend, which is defined as a distinctive South African red blend that contains at least 30%, but no more than 70% Pinotage.

It can be made into a wide variety of wine styles, depending on the way it was grown and matured. Pinotage on Richter 110 rootstocks planted on western slopes, may produce a distinct banana flavour, while eastern slopes with deeper soils may bring out black cherry fruit, along with hints of leather and tar. The clever use of oak, may give Pinotage a chocolate or coffee twist.By Glenneis Kriel
©2022 South Africa Online (Pty) Ltd. SouthAfrica.co.za. All Rights Reserved.