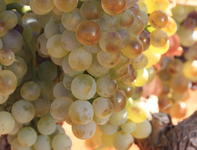 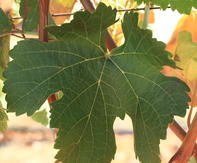 Cape Riesling is an old white grape cultivar originating in France, but it is mostly planted in Australia and South Africa. It is planted in South Africa as Crouchen Blanc due to confusion with its name with the German variety Rhine Riesling.

Planting in South Africa was encouraged from 1926 due to the variety’s high yields. Some 270 ha in South Africa are still planted with Crouchen Blanc, but 35ha were uprooted in 2016. Most plantings are in the Breedekloof (110ha) and Paarl areas (79ha) with notable producers such as Theuniskraal (Tulbagh) and Van Loveren (Robertson). The oldest vines still in production were planted in 1962 on the farm Uitsig.

Crouchen Blanc is a light bearer (which means that the vines do not produce a lot of grape bunches) (10 -15t/ha) but vigorous grower that does well with trellising. It grows well on medium soils in cooler regions. The average harvesting sugar content on harvesting ranges from 20 - 22° Balling. A mid-season grape, Crouchen Blanc is harvested around the beginning of March, about 10 days after Chenin Blanc.

The leaves are medium, five-lobed with long hairs on the main veins. Crouchen Blanc have small round berries that are sensitive to sunburn. Bunches are small and compact.

Crouchen Blanc is very sensitive to botrytis, oidium, downy mildew and rot while the brittle shoots can be damaged in strong winds.

Crouchen Blanc is mostly used for white wine production. Wines has some ageing potential if produced right. The aging potential is how long the wine will keep in the bottle.

Trellising - this means that the vine produces many branches and by tying the branches onto the a system of wires and poles (like a hedge) all the burnishes will get sun exposure and ripen simultaneously.By Marinda Louw

Riesling is an aromatic variety, that finds its best expressions from the Rhine Valley, in Germany, and Alsace in France. Wine made from this white grape variety is typically fragrant...more
©2020 South Africa Online (Pty) Ltd. SouthAfrica.co.za. All Rights Reserved.