Psychoactive plants are generally a misunderstood subject in western society. The word 'psychoactive' is often associated with harmful drugs like cocaine and heroin and the 60's cultural revolution. The fact is that most of what we eat is psychoactive. A psychoactive substance is by definition any substance that effects how we think, feel and act!

Many examples of common psychoactive foods and beverages include milk, chocolate, coffee, chamomile etc all being subtle to mild acting psychoactive foods. Even Rooibos (and literally hundreds of African traditionally used plant medicines) is psychoactive. Rooibos has flavanoids (the red pigments giving it its color) that cross the blood brain barrier and exert a direct relaxing affect on the nervous system!

Many People Ask Why Are Psychoactive Plants Important? 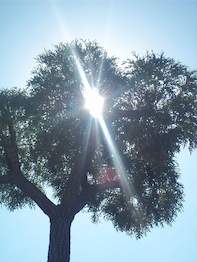 We are facing a massive health issue and epidemic of stress depression and pharmaceutical drug dependence in the west. Unfortunately the go to for many people is psychiatric medications like SSRI antidepressants, benzodiazepines (sleeping tablets) and opioids.

These drugs are highly addictive and have severe side effects. They dysregulate metabolism and cause rapid weight gain, sexual libido loss inflammation. Every day in the US, 2,500 youth (12 to 17) abuse a prescription pain reliever like an opioid for the first time. Benzodiazepine drugs (sleeping tablets) are prescribed at about 66 million doctors' appointments a year in the US, according to a report by the US National Center for Health Statistics. This means that for every 100 adults that visit an office-based doctor over the course of a year, 27 visits will result in a prescription for a benzodiazepine.

We urgently need safe alternatives to SSRIS and Benzos in our society today and to move away from these drugs! Traditional medicine has hundreds of unexplored medicinal plants that are used to counter stress-lets start investigating and developing these as future medicines.

This set me off to do fieldwork where I studied the indigenous uses of psychoactive plants in traditional African medicine. What I found was amazing! Over 300 species were reported from a literature review as having uses in treating convulsive conditions and mental disorders alone.

Many of these African plants hold the keys to future non harmful medicines for treating stress and anxiety that we should develop immediately and move away from the harmful treatments above.