Once the trauma of the Second Anglo-Boer War ended, the entire country was in a state of uncertainty. The British Lord Milner was now in control and political negotiations with the defeated Boers were underway to hammer out a workable system of government.

This eventually took the form of ‘responsible government’ by local politicians, as supervised by the colonial authorities in Britain. Eventually, in 1910, the new setup was formalised when the Union of South Africa was declared under prime minister Louis Botha (a Boer War general), and the new country became part of the British Dominions – later known as the Commonwealth.

Two important new figures entered the picture immediately after the war ended: Sir Godfrey Lagden and James Stevenson-Hamilton, who would later prove to be of great value in the Kruger National Park. 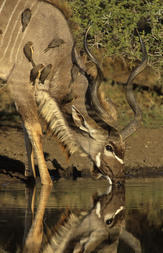 By this time, several game protection agencies had been formed, both in Britain and in South Africa. Among these, the ‘Society for the Preservation of the Wild Fauna of the Empire’ and the ‘Transvaal Game Protection Association’ were two of the most prominent and they lobbied hard for various restrictions on hunting.

Oddly enough, these organisations had no problem with ‘sports’ hunting, in which well-equipped hunters went out to pit their shooting skills against any hapless antelope who crossed their path. They did object, however, to hunters who shot animals for commercial gain and found it appalling that anyone would kill magnificent wild animals for the measly value of their hides or flesh. Similarly, they deplored the native African hunters who trapped or stalked the game on foot. 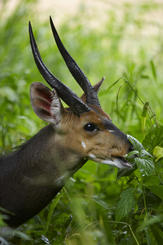 Previously, the function of the wildlife preserves was ill-defined and they were thought of as little more than emergency measures to protect the few specimens of game that were left. Now, as was the British way, all the confusion was cleared up and a statement of intent was issued.

Henceforth, the game reserves would become reservoirs for game; places where hunting would be forbidden for several years so that the game numbers could increase.

Thereafter, gentlemen hunters would be allowed into the reserves (for a suitable fee) and the shooting would recommence in an orderly and supposedly sustainable manner. 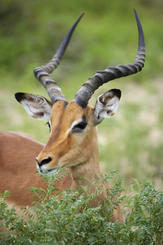 The game reserves would be protected as breeding grounds for antelope and other big game so that the hunters of the future would have something left to kill. It should also be noted that, at this time, the term ‘game’ applied mainly to the various antelope species that the hunters were so keen on shooting.

Any predatory animals which stalked the buck (including lion, leopards, wild dogs, cheetah and crocodiles) were considered vermin and were thought to be only worthy of extermination.

Hippo, giraffe, elephant, buffalo, wildebeest and other large ruminants were thought to be exotic and exciting to hunt, but remained secondary considerations. It was all about getting horned trophies to mount in one’s manor house.

As soon as the hunting fraternity heard of the re-proclamation of the Sabi Game Reserve, several hopefuls (most of whom were keen hunters themselves) quickly applied to Sir Godfrey for the post of warden.

A couple of unsuitable candidates were duly appointed but soon left or were dismissed. Then, in 1902, Lagden met a rather taciturn Scottish military officer named James Stevenson-Hamilton. The two men hit it off and Lagden offered Stevenson-Hamilton the warden’s job at Sabi.

An aristocrat by birth and an iconoclast by nature, there could have been few candidates less likely for this tough and lonely position. But upon due consideration, James Stevenson-Hamilton accepted the post.

He would stay on as head warden of the park from 1902 until his retirement in 1946. In many ways, he would become both father and mother of the Kruger National Park, and helped it grow from a dusty little orphan into the belle of the ball.