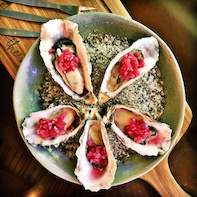 Viking Aquaculture is a supplier of farmed seafood products, situated in Hermanus in the Western Cape and aims to bring consumers the freshest and highest quality seafood available on the Southern African coast.

This young and dynamic company works with some of the most knowledgeable and experienced aquaculturists in South Africa, and has partnerships with and various marine product specialists around the country.

The companies that form part of Viking Aquaculture collectively provide 300 jobs in the Harmanus community, and this number is expected to continue growing as they expand into sea cage farming and increase production at its oyster and mussel farms.

Viking Aquaculture is key players on both the local and international market, and work with a number of exporters, local retailers and informal traders to distribute their products.