Tswalu: A Passion for Conservation

Tswalu lies within the extreme southern or "Greener Kalahari" which receives slightly higher rainfall than the central zone, resulting in productive grasslands. Since the arrival of Tswana-speaking pastoralists in the area maybe a thousand years ago, the place has supported limited cattle and goat farming.

The arrival of white colonial settlers, however heralded the era of boreholes and so intensive cattle ranching become widespread. But here, as in most of the world's semi-arid areas, permanent farming caused overgrazing and creeping desertification of the land. This was the state of things when Mancunian entrepreneur Stephen Boler arrived on the scene.

From an early life in commerce, he founded Kwik-Fit, the HomeForm Group, and was at one time the biggest single shareholder of Manchester City Football Club, he spent most of his later years indulging his passion for conservation.

Boler bought up more than 100,000 hectares of extremely degraded farmland that was being used mostly for ranching and hunting, with the intention of returning the land to its natural state and making it a world-class safari destination.

While there was no original intention of building a green-energy lodge, the luxurious Motse and Tarkuni lodges were built with local stone, timber and thatch and so blend in well with the tapestry of the natural textures.

The lodges run mainly on grid power, but gas and cleared invasive wood are used currently for cooking. On the other hand, returning the land to its natural state was taken extremely seriously.

Among the things that Boler did was to reintroduce species, some extremely rare, that are best suited to the arid environment. These included desert black rhino, eland, red hartebeest, wild dogs and black-maned Kalahari lions.

New Owners and a New Beginning

Boler died in 1998, but he had taken the insightful step of stipulating in his will that the Oppenheimer family, the old mining dynasty with strong political convictions and an affinity for conservation, be given first right of refusal on the reserve. The new owners wholeheartedly embraced Boler's vision of restoring the place to its full natural splendour - the name Tswalu means "new beginning", so this really was a new Kalahari dawning.

While the lodges themselves are not carbon modest, the staff quarters are. They run mostly on solar energy, and each family - families are encouraged to stay together on the reserve - has a proper- sized modern house.

A pre-school offers the nurturing environment that matches that of urban children, while there is adult education for the parents, who come mainly from illiterate rural backgrounds. There is a full clinic, sports field and transport to Kuruman town for the schoolchildren and shopping trips. 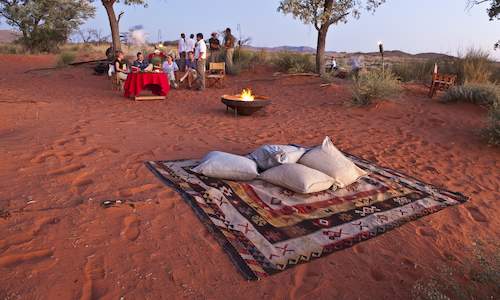 The malaria free, private game reserve has two luxury lodgings that together can accommodate a maximum of 28 guests....more 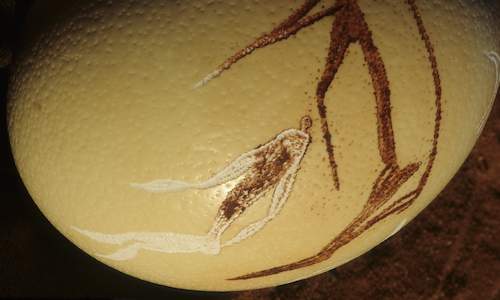 The vast, arid Kalahari is Southern Africa's terra incognita, a place of dreaming and of legends. The Kalahari arid savanna covers most of e...more
©2022 South Africa Online (Pty) Ltd. SouthAfrica.co.za. All Rights Reserved.