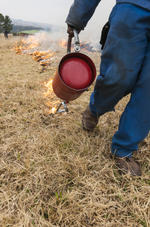 ©Roger De la Harpe
Newcastle Disease is one of the most dreaded poultry diseases around the world. Because there is no cure, suspected outbreaks should be reported as soon as possible to an animal health technician or state vet, who will help to contain the disease.
Outbreaks can vary from being mild to severe, with the severity depending on the disease causing strain, the strength of this strain, the birds’ immunity against the strain and the age of infected birds. Chicken and turkey are more vulnerable to the disease than geese and ducks, while some indigenous poultry breeds seem to be less susceptible when they are in good condition.
The virus is extremely contagious. It may spread via the droppings of infected birds, with healthy birds becoming infected when they eat food or drink water that is contaminated by the droppings; or it may be airborne and spread via airways. It can spread through the movement of birds, people and their clothing, equipment and poultry products.

What to Look For?

A problems with Newcastle Disease is that there are no specific symptoms, resulting in the disease often being confused with other diseases. Birds, generally, may be weak, lethargic, listless and depressed, but there might be no signs of infection except for sudden deaths.
Birds’ feathers might be ruffled and they might be eating less than usual. With layers, there might be a sudden drop in egg production and the quality of eggs, with shells becoming soft or deformed and the whites becoming watery.
Other symptoms will depend on the part of the body that is infected. Watery, green or white diarrhoea may be an indication that the gut is affected. Signs that the airways are affected include laboured and rapid breathing, coughing, gasping, sneezing or rales.
The sinuses or head may also be swollen. Nervous signs may include muscle tremors, spasms, difficulty walking and or full or partial paralysis. The head of the bird may be turned or held between the legs and the bird might walk in circles.
When doing a post mortem, the presence of the disease might be indicated by:

Since there is no cure, birds suffering from Newcastle Disease have to be destroyed. Once notified, an animal health technician or vet will help to control and prevent the disease from spreading with control measures that include the use of quarantine, emergency vaccination, disinfection and burning of chicken litter and dead chicken.
The best way to prevent the disease is through vaccination and good biosecurity measures. Remember though that only healthy birds should be vaccinated.