Much ado about Cork 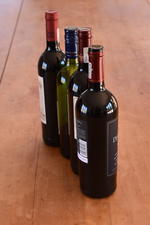 Picture this. You just got off work. With a song on your lips and a bounce in your step. You’re on the precipice of diving headfirst into a little midweek social gathering. Rebel. One without a gift for the host… So what do you do? Naturally, you break a record eyeballing wine in your local liquor store so long that you see straight into the Upside Down. Cue rapid blinking. You’re back, with one thought flashing: “Screw Cap versus Cork”.

This is the trouble with thinking. Anywho, if cork was a person, what would it say? “I have a mortgage, a savings plan which doubles as an emergency fund, theoretical children and Labrador you would take a bullet for”.

Meanwhile, anthropomorphised screwcap says “Keep pouring”. We like screw cap. She knows the things that should be known. But we also like social currency so cork it is.

Welcome to much ado about cork. A story about a plug, a closure that stands on ceremony when actually it should sit down because who has time to wrestle a bottle of wine? Who? If it’s you - whyeeeeeeeeeeeeee?! 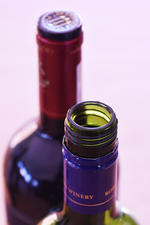 There are many theories abound declaring the supremacy of corked wine.  Some have legs and others not so much. Surprisingly, neither group promotes wine purity. More a case of wine aestheticism with a dash of science. For starters, uncorking wine comes with a ritualistic component. Kitchen drawers are scoured to unearth a corkscrew or perhaps one is simply snatched from a kitchen countertop (ah such different lives). Cork closure and screw are then introduced in the most violent of means. Followed by several twists, perhaps a few choice words, and a quick existential crisis spearheaded by undetectable upper body strength. All to be rounded off by a welcoming pop.

Meanwhile, screw cap wine can be accessed with a few twists. No ceremony - just straight-up sips of happiness. It’s possible that the allure of corked wine stems in having to work hard to obtain its libation’ contents. After all, people are prone to not value that which is easily gained - like 2 kgs after scoffing three slabs of chocolate.

Unfairness aside, these different aesthetics lead to the same conclusion: wine enjoyment. Well not always consistently so. You see, corked wine comes with its own skeleton in the closet or cork if you will - called cork taint. The stuff imbibing nightmares are made of. Cork taint is a fungus that lives in cork - 2,4,6-trichloroanisole (TCA), that leads to the spoiling of wine. The impact of TCA is sadly only traceable after the wine has been bottled and aged. The promise that natural cork delivers is that it allows for breathability. A feature that permits the flow of oxygen into the wine bottle which in turn encourages an ageing process that wine lovers hope would lead to a very palatable offering. Enter cork taint - pointedly putting a stop to mouth fun.

Now screw caps, often viewed as the symbol of cheaper wine (and thus assumed inferior wine) negates the possibility of cork taint. Once a screw cap closure is added to bottled wine, it is highly unlikely that the wine will age due to oxidation, a process facilitated by the presence of oxygen. That said, reduction is a concern for those with a generous dash of oenophilea, which is a heavy voweled way of saying: connoisseurs of wines. Essentially, reduction is the opposite of oxidation. It’s a concern mostly directed at screw cap wine as it does not allow oxygen to enter its bottled contents. Reduction can also lead to unwelcomed aromas and taste - often akin to a sulfurous (rotten egg) scent.

Like most things, there are cons and pros, wine closures included. If you enjoy a certain show-like element to your wine consumption - then cork it is. If you want your wine as soon as possible - then screw cap will do.

The quality of the wine is not primarily dependent on the closure, but on a host of factors stemming from the environment that the wine was cultivated in, to how it behaves once bottle - what with fluctuating temperatures also playing an intrinsic role on the final product. Whatever your preference and perception, wine should be enjoyed and thoroughly on your terms.