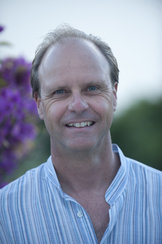 Justin Fox is a Capetonian travel writer, novelist and photographer. He is a Rhodes University graduate and received a doctorate in English from Oxford University, where after he became a research fellow at the University of Cape Town.

He is the former editor of Getaway International magazine. Fox’s photographs and articles have been published internationally.

His books include: The Marginal Safari, Cape Town Calling, Whoever Fears the Sea, and The Impossible Five. Justin Fox is a two-time Mondi journalism award winner.