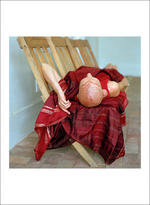 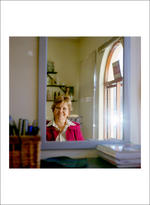 50 years old, diagnosed 1st November 2005.
Mastectomy, chemotherapy and tamoxifen for five years.
Hairdresser.
Vredenburg.
“The worst was losing my hair and being so tired, yet we believe all things are possible like the word of God reminds us in the bible.” 2009 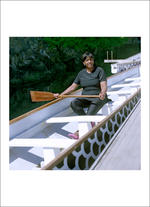 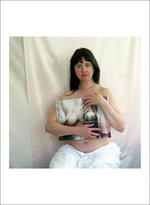 38 years old, diagnosed 4th October 2004.
Lumpectomy, then wide-angle mastectomy, chemotherapy and radiation.
Scriptwriter and Artist.
Muizenberg.
“We’re not defined by what happens to us but how we deal with what happens.” 2009 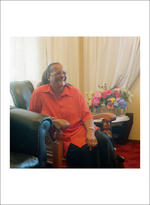 54 years old, diagnosed 7th March 2006.
Mastectomy and reconstruction.
Buyers Assistant.
Kraaifontein.
Member of amaBele Belles breast cancer rowing team.
AmaBele is Zulu and Xhosa for ‘breast’ and belles the French for ‘beautiful’.
“I had my first chemo on my birthday – and the support from my family – three sons and seven grandchildren, believe me, was awesome.” 2009 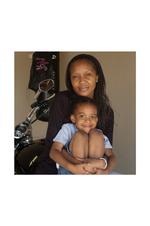 32 years old, diagnosed 19th November 2007.
Mastectomy and reconstruction, chemotherapy, radiation, tamoxifen for five years.
Accountant.
Johannesburg.
In 2008 a member of the ‘Journey of Hope’ breast cancer Harley Davidson bike ride.
“I love my scars, they are a sign of my survival. I want to continue to spread the love I received with others who are going through the same thing.” 2009 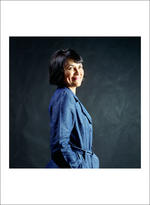 42 years old, diagnosed 21st January 2008.
Mastectomy and reconstruction, additional node removal, Zoladex ovarian suppression, tamoxifen.
Photographer and academic.
Melkbosstrand.
“This strange disease has shown me how vulnerable and yet how resilient I am.” 2009 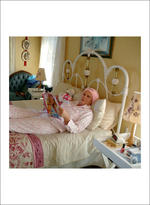 48 years old, diagnosed 19th May 2008.
Mastectomy and reconstruction, chemotherapy and radiation.
Second diagnosis, 12th March 2009.
Second mastectomy, no reconstruction, chemotherapy with pills, radiation and Femara estrogen suppression.
Administrative Clerk.
Brackenfell.
Died 18th July 2010.
Suzanne and I had six months of telephone conversations as if we had known each other. We used each other as sounding boards during our chemo experience. We finally met in January 2009 and spent a lot of time together until she died.